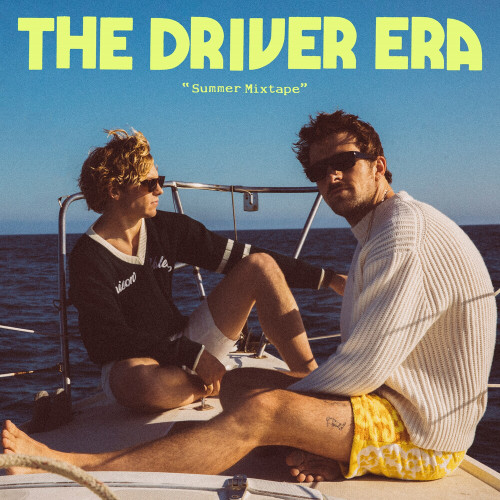 Expected release date is 2nd Dec 2022. Note, product may be subject to changes in release date, as well as variation in characteristics such as track listing, cover art, and record color at the discretion of the manufacturer.

For The Driver Era, music can't and shouldn't be forced. The band, formed by brothers Ross and Rocky Lynch in 2018 while on tour with their former group R5, aims to embrace the present moment, creating songs that reflect each experience and feeling as it comes. It's a philosophy that pervades all of the duo's releases, from their debut Summer Mixtape (expected to release later this summer) features the band's two new tracks - the Rolling Stone- backed 'Keep Moving Forward' and lead single 'Malibu', inspired by summertime escapism. In between polishing off the new songs and hitting the road, Ross is also a critically acclaimed actor (he drew rave reviews for his title role in the serial killer biopic My Friend Dahmer and recently starred in Netflix's The Chilling Adventures of Sabrina).
Track Listing:
1. Malibu
2. Turn the Music Up
3. I Got You, You Got Me
4. Like a King
5. Fantasy
6. The Money
7. Bronco
8. Back to You
9. Be Happening
10. Endlessly
11. Keep Moving Forward