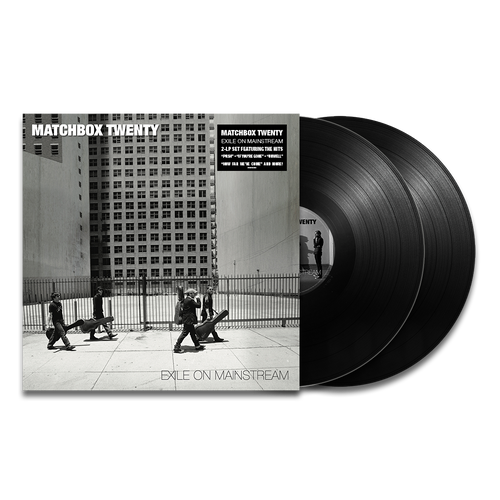 The 2007 album Exile On Mainstream compiles some of Matchbox Twenty’s biggest hits and adds seven new songs recorded that year in sessions with Grammy award-winning producer Steve Lillywhite. Featured tracks come from the band’s 12x platinum debut Yourself Or Someone Like You, their 4x platinum follow-up Mad Season, and the 2x platinum More Than You Think You Are. The album’s lead single “How Far We’ve Come” reached #11 on the Billboard Hot 100.