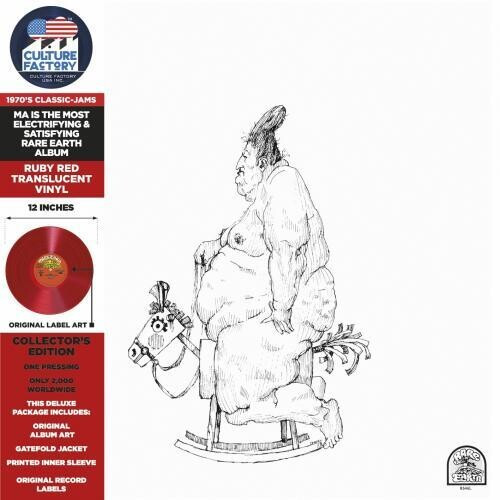 Ma is the sixth studio album by rock band Rare Earth, released in April 1973. It marks a change for the band as none of the tracks were composed or written by the band. All composing and producing was done by the famous producer Norman Whitfield. Deluxe packaging includes: OBI strip, Gatefold jacket with one pocket, printed inner sleeve and red translucent color vinyl with original record labels.