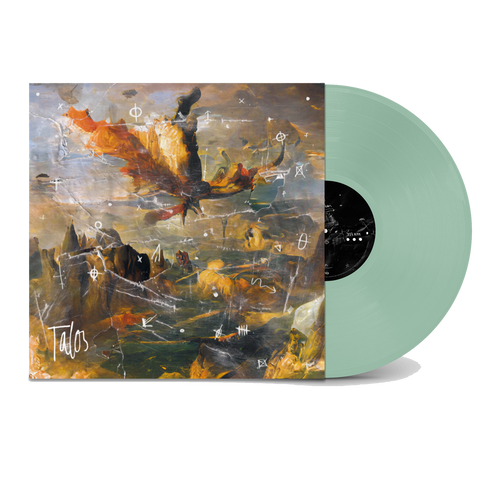 Expected release date is 7th Oct 2022. Due to ongoing delays in production industry-wide, release dates presented may be tentative but not final. In the event of any delays, we will do our best to bring them to your attention as soon as we are made aware.

Nearly 10 years into his career, Irish singer-songwriter Eoin French, better known as Talos, has come a long way since his 2013 debut album, Wild Alee, which was nominated for a the Choice Music Prize at the time and found numerous screen placements on programs such as Prodigal Son and Degrassi: Next Class. Meanwhile, his 2019 follow-up LP Far Out Dust earned attention from CBS Saturday and even got a co-sign from K-pop kings BTS. Now, Talos is preparing to release his most stunning album to date, Dear Chaos. A portrait of destruction, loss, and renewal, the gorgeously atmospheric Dear Chaos features guest vocals from Lisa Hanningan and was partially inspired by Talos’ time in Eau Claire, Wisconsin, where he met co-producer Brian Joseph (Bon Iver). It was also written and recorded in Castletownshend, Cork, Ireland over a period of two and a half years. Along with Joseph, longtime collaborator Ross Dowling, and Icelandic composer Atli Örvarsson, Talos wrote a “lived-in,” highly visual project that invites the listener to look inward and beyond the scope of what they think they know