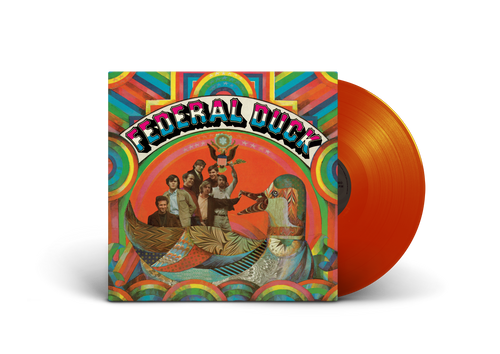 Released in 1968, Federal Duck is the self-titled debut album from this obscure soft-psych band. Federal Duck was a group of college buddies from Haverford, Pennsylvania. Founded by banjo exponent George Stavis, this band only released one album before Stavis went on to record solo for the Vanguard label. The band played together for almost 4 years under aliases including Stomp Jackson Quintet and The Guides. Another underground gem from one of the many obscure college bands to pop up during the late-60s psychedelic era, re-issued here on shiny heavyweight virgin vinyl in Seville Orange color.