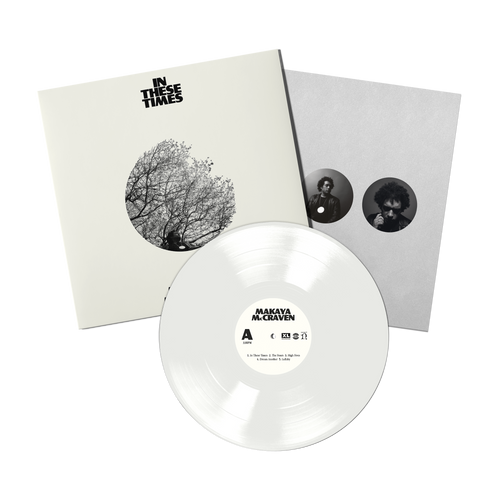 In These Times is the new album by Chicago-based percussionist, producer and composer Makaya McCraven. This is the album McCraven’s been trying to make since he started making records – and his patience, ambition and persistence have yielded an appropriately career-defining body of work.  With contributions from over a dozen musicians and creative partners from his tight-knit circle of collaborators – including Jeff Parker, Junius Paul, Brandee Younger, Joel Ross, and Marquis Hill – the music was recorded in 5 different studios and 4 live performance spaces while McCraven engaged in extensive post-production work at home. the 11 song suite was created over 7+ years, as McCraven strived to design a highly personal but broadly communicable fusion of odd-meter compositions from his working songbook with orchestral, large ensemble arrangements and the edit-heavy “organic beat music” that he’s honed over a growing body of production-craft.

Muse - Will of the People - Indie Exclusive Bone Vinyl - LP

Turntable Slipmat - We Got The Beats Logo - Double Pack